Skip to content
Home/Posts/Making A Difference/Who Made Your Clothes?
Previous Next

Who Made Your Clothes?

HOW CAN A GARMENT BE CHEAPER THAN A SANDWICH?

When we go into our shops. We see the clean, nicely arranged clothing shown to best advantage to entice us to purchase and there’s nothing wrong with aesthetics and creativity. However, there are also many faces behind all the products we buy – clothes, shoes and jewellery and we have no idea just how many people’s hands are involved to make the things we put on and wear. How could we possibly know? They don’t include those stories in the fashion magazines or on promotional material in the stores.

Unless we watch documentaries and actively take an interest, we are all living in the Western bubble of consumerism and what is portrayed to us which is only the “happy ending” version of the story. The end chapter of the long and involved supply chain story. Sadly, it’s a distortion of actual reality.

I recently listened to a talk by a Li Edelkoort who is a Trends Forecaster based in Paris and advises fashion companies and consumer brands around the world.

The 10-point printed manifesto, published by Edelkoort’s Paris-based agency Trend Union and subtitled “Ten reasons why the fashion system is obsolete”, follows her declaration that we are witnessing “the end of fashion as we know it.”

How is it possible that a garment is cheaper than a sandwich? She asks.

Let’s face it, we don’t know the true cost of the things we buy. All over the world people are suffering & our environment is at risk as a result of our fashion supply chain. 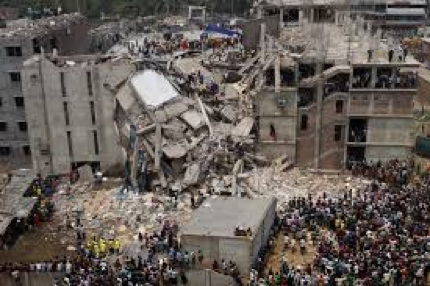 It took a significant tragedy for the world to sit up and take notice.

On April 24th 2013 over 1000 people died as a result of the Rana Plaza Building collapse in Dhaka, Bangladesh. Many more were injured – many severely with devastating impact on their lives and the lives of their families.

Who made our clothes?

Out of this tragedy came a global movement called Fashion Revolution which is “celebrated” (I think commemorated is more apt) on the anniversary of the tragedy in Dhaka.

Little did I know at that time I would be spending some time living in Dhaka the following year which was a life-altering experience.

October 1st 2016 a big name in the global fashion industry arrived in New Zealand with great fanfare, pomp and ceremony. Some would say hype.

As a family, we decided to put on a screening of the movie The True Cost at the Hoyts theatre just upstairs from where the new store was opening in a big shopping mall complex and we timed it for the same time as the doors to the new store opened.

We knew we would get more media exposure and awareness (which was our ultimate goal) of the movie and the important issues it addresses. As the aforementioned fashion giant has about 200 garment factories working for them in Bangladesh they have great power to make a positive change. With great power comes great responsibility.

I strongly believe The True Cost movie should be mandatory viewing in the school curriculum as it covers so many aspects: social, environmental, economic and portrays the realities of how the current system is seriously flawed in a myriad of ways. I have personally watched it 5 times now and pick up new information each time and strongly recommend you watch it with you family and/or a bunch of friends.

About the Author: Steph Johnstone

I live in Auckland, New Zealand. Creativity is a key passion, my golden thread through my life, and Create and Thrive aims to combine that with my concern for nurturing and inspiring people to be the best they can be – to thrive and enjoy life to the max. How? Through food and ethically sourced gifts and useful products for the home.